Catching up with Network Rail 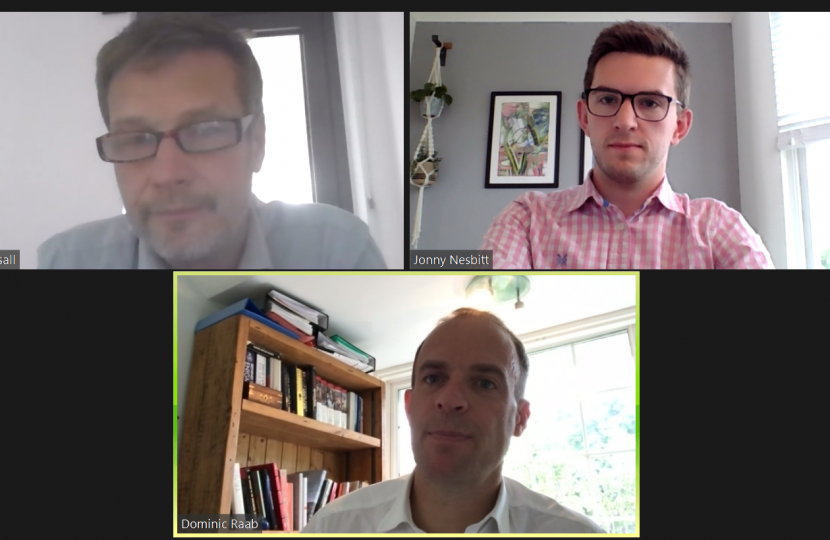 On Friday, I had a useful catch-up with John Halsall, the Managing Director of the southern region at Network Rail. While residents will be most familiar with South Western Railways (who operate the trains locally), Network Rail also plays a crucial role by investing in and maintaining our railway infrastructure.

John and I discussed Network Rail’s plans for the local area. It’s good that the accessible bridge across the tracks at Walton Station (which I posted about in October) is due to be completed by July next year. It was also encouraging to hear about recent work to upgrade and refurbish infrastructure at Hampton Court and Guildford, which will reduce delays on services stopping at stations in Elmbridge.

Beyond this, I heard about how Network Rail and SWR continue to work closely together to ensure that performance on the local network improves. This is very important given the poor service residents often suffered before the pandemic, and it was encouraging to hear that the joint team is working to prepare the network for more passengers over the summer.

Finally, we discussed the government’s recently-announced rail reforms. Under these reforms, Network Rail will be absorbed into a larger body (Great British Railways) responsible for infrastructure, ticketing, fares and timetabling. As I said when the reforms were announced, they have great potential to improve our local services – but the detail is important, and I’ll be closely scrutinising the implementation. Network Rail are already working on interim arrangements, including how to ensure local passengers see benefits from the new system as soon as possible.

My thanks to John for taking the time to catch up.

Earlier today, I was out in Cobham with councillors David Lewis and Alistair Mann to mark Small Business Saturday.

Small Business Saturday is a great way to celebrate the brilliant local businesses we have across Elmbridge, particularly after another challenging year.