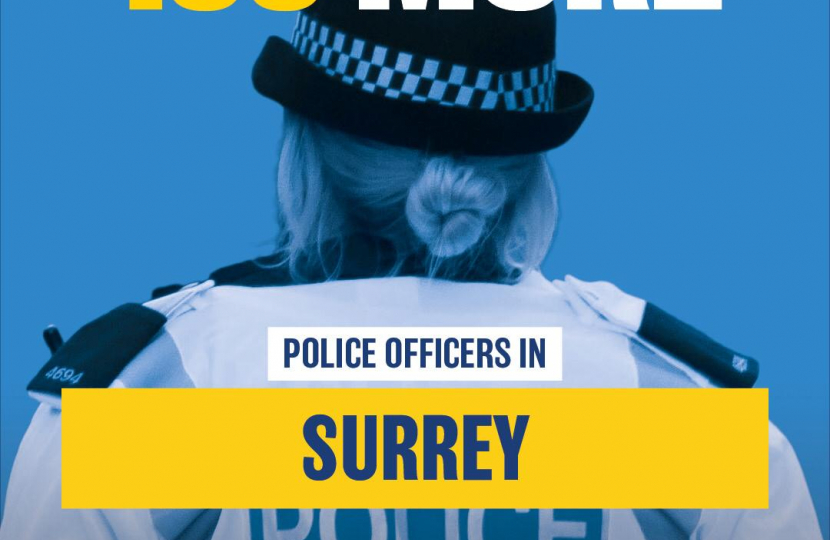 My Plan for Esher and Walton constituency includes making our streets safer by securing more local police officers, and I am delighted newly released figures show that 155 extra police officers have been recruited in Surrey since September 2019.

The 155 additional recruits mean there are now 2,154 police officers in Surrey, helping to pursue criminals, keep neighbourhoods safe, and reassure the law-abiding majority.

The latest figures are part of the Conservative Government’s drive to get 20,000 more police officers on the street by March 2023 and puts the Government on track to fulfil its manifesto commitment with 69% of the target now met.

Across the 43 police forces in England and Wales, an additional 13,700 officers have been recruited to support the Conservative Government’s crackdown on crime, which has seen the launch of the Beating Crime Plan and the passing of the Police, Crime Sentencing and Courts Act through the House of Commons.

This builds on the action already taken by the Conservative Government – including boosting police funding to a record £15.8 billion and investing £150 million through the Safer Streets Fund over the next three years into community projects to prevent crime – with a focus on neighbourhood crime, anti-social behaviour, and violence against women and girls.

You can read more about My Plan to make the streets of Esher and Walton constituency safer here: https://www.dominicraab.com/campaigns/making-streets-esher-and-walton-constituency-safer.

I have been campaigning for improved station accessibility at local train stations across Esher and Walton constituency.

I am pleased that South Western Railway and Network Rail have started a programme of station upgrades including: