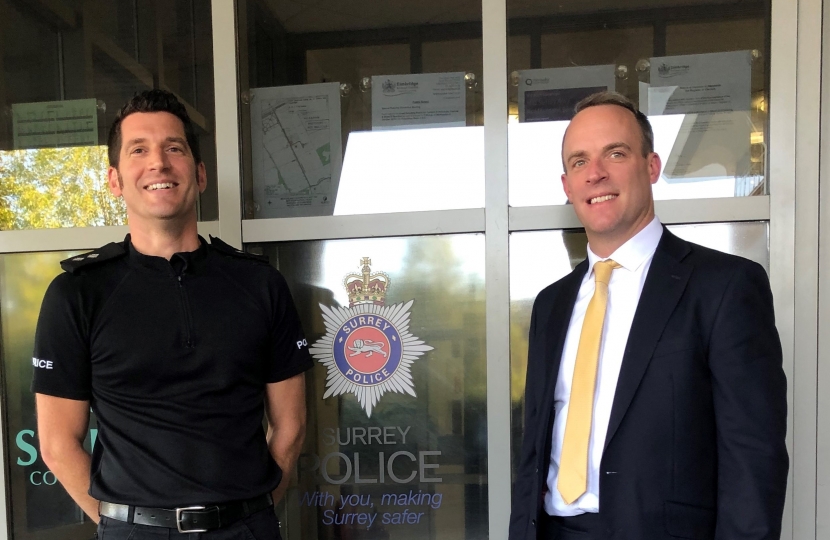 It was great to hear that Surrey Police has exceeded its target for the first year of the government’s police recruitment push.

By the end of March, Surrey Police had recruited 110 additional officers – far higher than the target of 78, and taking the total number of officers in the county to 2,130.

On Thursday next week, Surrey residents have an important opportunity to further strengthen local policing, by voting for Lisa Townsend to be our next Police and Crime Commissioner.

I know from talking to Lisa that she understands the importance of having a visible, responsive local police service. I’m looking forward to voting for her next week.

It was a real pleasure to mark Carers Week this afternoon by speaking to unpaid carers in Elmbridge.

These individuals show incredible selflessness and dedication in what they do, and it was humbling to hear how they’ve dealt with the extra pressures they’ve faced during the pandemic.